Year 2014 saw China moving away from internationally recognized norms in relation to civil and political rights, despite being urged to ratify the International Covenant on Civil and Political Rights. 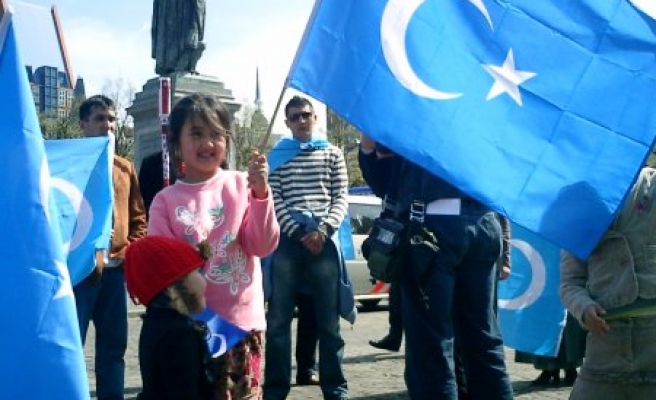 The World Uyghur Congress has published its annual report on human rights violations in East Turkestan (Xinjiang), China, with the report focusing on the most significant concerns that faced the Uyghur people in 2014, who continue to live under increasingly repressive state policies. The past year in particular has been considerably devastating to the Uyghur people.

The report also outlines every known incident in 2014 which that involved Uyghurs which resulted in the death of at least one person as well as with the report also looking at cases of arbitrary arrests in East Turkestan. Although the list is not particularly detailed, as information is notoriously difficult to come by, it serves to illustrate the extent of the problem and the nature of the Chinese approach to dissent.

China also introduced new legislation in November, 2014, which came into effect in January. The new laws prohibit children under the age of 18 from attending religious services or from entering mosques to pray. Likewise, public service employees remain barred from religious practice during working hours and were most recently prohibited from fasting during the holy month of Ramadan in July. The wearing of traditional headscarves and other religious dress as well as men donning beards has also been restricted.

The report also focuses on other critical issues such as religious and cultural repression, freedom of assembly and association, freedom of movement, and of speech. Dissenting opinions are also quashed instantly and Uyghurs have been completely silenced.

Detentions have been on the rise, with thousands having been arrested since the introduction of China’s newest one-year anti-terror campaign that began in May, 2014 which led to a two fold increase in arrests to 27,000.

The widening definition of terrorism and its related activities has also become a greater concern and has opened the door for widespread abuses. Sophie Richardson, China Director of Human Rights Watch, in an article criticising the new law, argued that “in its present form this law is little more than a license to commit human rights abuses. The draft needs to be completely overhauled and brought in line with international legal standards”.