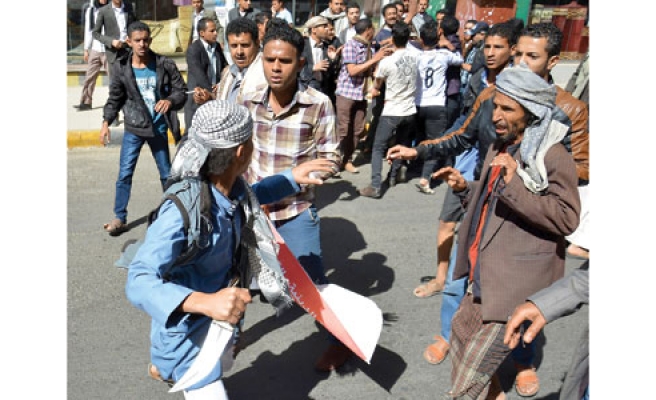 Protesters chanted slogans decrying what they described as the Houthi group's "coup" and demanding the expulsion of "armed militias" – in reference to Houthi militants – from the capital.

The Shiite Houthi militant group seized control of Sanaa last September and has since sought to expand its influence to other parts of the country.

Yemen has remained in turmoil since pro-democracy protests in 2011 forced long-serving President Ali Abdullah Saleh to step down one year later.